We’re here to answer all your questions around the correct application of gas struts and dampers. From key terminology, an introduction to gas struts and our series of how to videos, to selecting the right product, sizing, customisation and our range of FAQs, our Help Centre contains all of the information you’re looking for. You can also ask an expert through our adjacent contact form, with our designers and engineers on-hand to answer questions specific to your product or application. 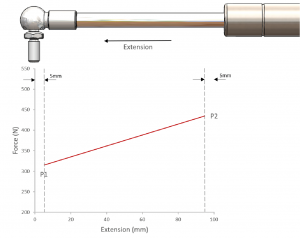