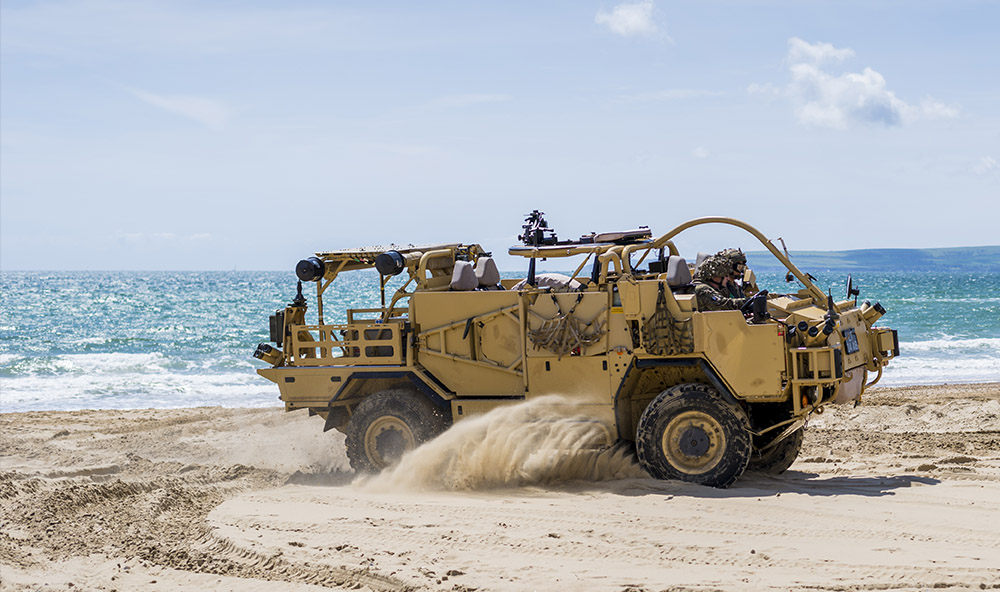 Generally, the loading conditions experienced by an occupant during a mine strike under a vehicle are like that of vertical loads of pilots in an ejection seat or to the loading of a human’s leg due to foot well intrusion in the case of frontal car impact.

In blast mitigation seating, the Dynamic Response Index (DRIz) for the cranial direction (Z-axis) model fits the best for the injury assessment in AV mine strike tests, when calculated with the pelvis ATD vertical acceleration.

Duration and maximal values of the transmitted load to the crew members varies significantly due to different threat types and vehicle concepts such as vehicle masses, seat adaptations and seat concepts.

Specific applications include but are not limited to:

We deliver high-quality products around the world designed for extreme environments. Call us to talk about your project +44 (0)116 274 3600

We deliver high-quality products around the world designed for extreme environments. Call us
to talk about your project +44 (0)116 274 3600